The reason is obvious, capturing headlines with faces of big movie stars is an easy way to widen your marketable demographic. If someone sees an actor they recognise, it might lead to them buying a game they wouldn’t otherwise have given a shot.

The whole thing just feels a little weird to me. It pulls me out of any immersion I could have with a game. Games don’t need characters to look like actors because they can look like whoever they want, whatever the story desires, whatever crazy stuff the creators want to put in there, it can be, and it is easier in this medium than any other.

This allows for one less tie between our world and the one the game presents and leads to much greater immersion, games after all, are largely a form of escapism. That’s a clear advantage and has led to the creation of some of the most recognisable characters in media; Mario, Leon S Kennedy, Dante.

Imagine your favourite games characters, Link from The Legend of Zelda series, imagine if he now had Michael Cera’s face. Weird, right?

These characters suffer the most, they became the poster boys for these games, games with so much money behind them it seems crazy that these celebrities were needed at all. Did Infinite Warfare sell better because Kit Harrington was in the trailer? No, it sold better because they bundled it with Modern Warfare.

Did Kevin Spacey make Advanced Warfare more enjoyable? Certainly not, if anything, it has harmed and aged the game tremendously due to what the actor has been doing in real life, outside of acting. This makes it difficult to go back and play this campaign, and now the only thing people remember from this title is “press F to pay respects”.

Since we are here, did that immerse anyone more in the game? Did having that action contextualised with a button prompt make you feel the weight of grief the player was supposed to feel? Was it necessary? Similar to having Kevin Spacey there at all, it was just overindulgence on the developer’s part.

Kojima is really into movies, like, he wanted to be a director of film before he started making games, this shows with his high profile in the industry allowing him to rub shoulders with plenty of actors, who he is now showing off to market his latest game. I fear that as I mentioned before, the inclusion of these people in the title, their likeness will stop their characters from becoming as iconic as Kojima would like. What happens when these actors aren’t as relevant, it causes more of a bang at release, but it is likely going to cut the tail of interest short.

I’m not saying that these characters shouldn’t have the likeness of the actor, that is clearly Kojima’s vision for the project. Nor am I saying that these are bad actors, in their respective medium. I just wonder if this was really necessary, would these characters be able to stand up tall on their own writing and depictions in the game. If so, why does it need to look like someone we recognise?

We’ll see how it turns out, I guess I’m just more annoyed that Kojima wants to lean on these actors entirely, rather than trusting in his own product and allowing them to flourish on their own, “that guy with the crossbow we recognise from The Walking Dead who was also in that invisible monster baby game” will never be as iconic as “Solid Snake”. 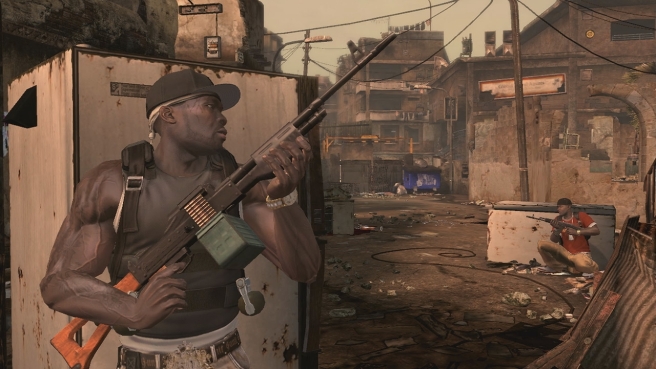 When it Feels Natural: Sincerity and Stuff

I don’t want to bang on about how this sucks and we should never have high profile actors star in our games. It shows growth in the industry, a more mainstream light and this will ultimately lead to more interest in the games being made if these starring roles are continued. So below I wanted to just talk about some appearances that really worked for me.

Shaun Bean’s appearance in the latest Hitman games was one way to make this kind of promotion really work. It played off the running gag that Shaun dies in everything he stars in and the premise of a Hitman game complements this perfectly. It was always going to be tongue-in-cheek and maybe this is the reason why this featuring really worked for me. It was a tasty extra piece of content, the playful mint imperial after a great Italian meal, cleansing you of all the serious, dark, garlicy story after the credits roll.

Voice acting is a way that I am willing to give a pass on as well, particularly when done properly and where the actors truly care and commit to the role (I never played Destiny, but when voice lines are pulled from the game because they were delivered so lazily, you done goof’d).

Mark Hamill absolutely killed it as The Joker in Rock Steady’s Arkham series, he was charismatic, particularly after proving himself in the Batman animated series and was so captivating, it pulled you into the experience. This is an instance where investing in that talent really paid off and led to this interpretation of the character becoming a fan-favourite.

I suppose this could be way to inject that star power into the industry, without harming the immersion overall. Norman Reedus can voice the main character in Death Stranding, sure, but it doesn’t have to have his face.

Another more direct instance where this approach has worked is with Supermassive’s Until Dawn. The game centred around a plot reminiscent of a cheesy slasher/horror flick, with this kind of aesthetic and mechanics which centre themselves around being much more cinematic, having a recognisable actor did aid the immersion. I really did feel like I was playing a horror movie, complete with over-the-top deaths and a goofy teen story. This did, however, fall into the same trap that many of these games have, when you use an actor, the character being portrayed takes a back seat. The character was forever known as Rami, I never needed to take the time to remember his name, his design wasn’t memorable because I already knew him, he was that guy who won an Oscar.

Overall, I started this out looking to slam on when actors are used in games, but I did remember some instances which were genuinely pretty cool and did add some cool features and turned out to be pretty fun. It also seems to work best when actors play themselves, for instance, Shaun Bean in Hitman, Metallica in Guitar Hero or skaters in the Tony Hawk or Skate series.

I think the important thing to do is ensure that the actors fit within the world you create, don’t lean on the likeness for story beats, and most of all, have fun with it.

All of the examples above which really worked were fun, thematically fitting and came off as really sincere. Having Kit Harrington as an evil space commander at the height of his Game of Thrones fame does not come off as sincere, at all.

Let’s have Keanu Reeves in more stuff though, loads more.

One thought on “Should Game Developers Use Actors’ Likeness in Their Games?”