A Hat in Time is a throwback to the collectathon games of years gone by, in the same vain as Banjo-Kazooie or Mario 64. If you loved those games, you likely already know about A Hat in Time from when it absolutely decimated it’s Kickstarter goal and is definitely one of the great successes of the platform. Rather than this though, I think the game draws more inspiration from comparatively more recent games, most notably Mario Sunshine. I am going to be referring to the iconic plumber a lot in this review so get ready for that. The inspiration is clear here. From the catchy music, floating platform styled bonus stages, to the short cinematic at the start of each stage. This gives a sneak peek as to where the main collectible is hiding or what is the focal point of the challenge you are about to face.

So, is A Hat in Time the ‘peak’ of 3D platforming, or is it just a headache?

Hats and other accessories

Time Pieces are the collectible in question here, again, calling back to Odyssey, they are not as plentiful as the hundreds of Moons, but with just 40 available, they are more meaningful. Of course, this is accompanied by a catchy jingle upon collection. Each time you gather a Time Piece, it feels like an achievement, unlike in Odyssey where some of the Moons were just out there, in the open. There is something to be said for Mario’s constant reinforcement, but I do think I prefer AHIT’s more reserved approach. This lower number of collectibles also leads to much more varied and interesting challenges to acquire them. Some Time Pieces might have you try to solve a murder mystery, exploring a haunted house (which is actually pretty creepy), others may be more straightforward platforming challenges, but it is always a laugh. As mentioned, this makes me respect each Time Piece a lot more and makes them more memorable.

Alongside Time Pieces, you will also be collecting yarn, coins and gems. Yarn is used to craft new hats which allow for special abilities. These special abilities are used in a variety of ways, but mostly they open up new paths in each of the levels, it makes you want to go back to earlier levels and explore everything you can. These hats, one in particular, are really fun to use, and always make Hat Kid look fly as heck. Best of all, the powers gained with these hats can be utilised in every boss fight, making each battle feel much fairer. 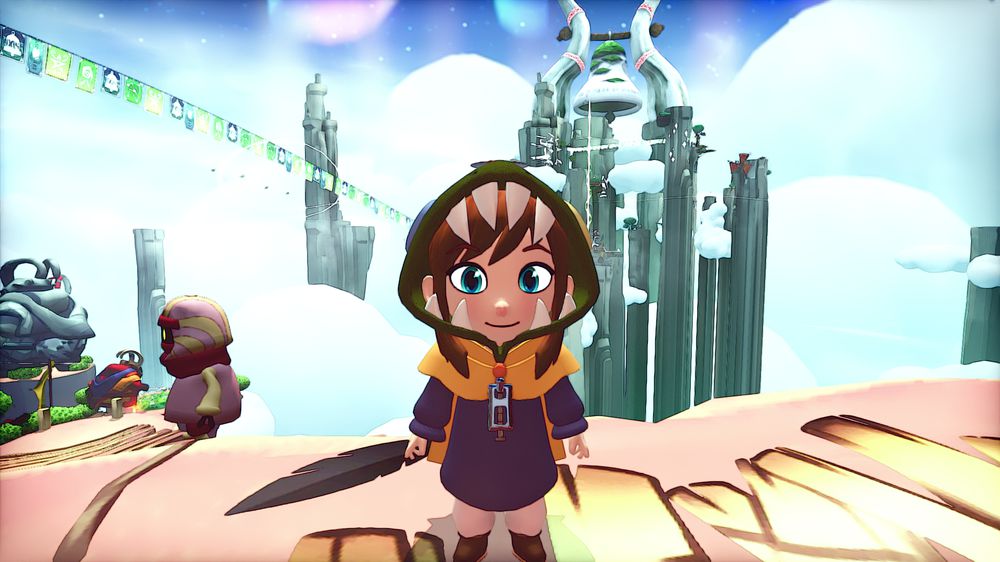 Coins are used to gain new hat designs and colour schemes, meaning that you could turn your ice beanie into a Santa hat if you like, it’s pretty nice. Gems on the other hand are much more practical and can be traded for pins which work as game modifiers. There are various applications for these, magnetising collectibles to you, making you invulnerable during your dive, restricting you to one life bar, etc. Some are definitely more useful than others. If you find a combination which works for you, you’ll be set. The only pin which I have a problem with is one that allows for you to swing off objects, it is essential for many of the levels, so why would they make you use one of your pin slots up for something like this? It just restricts the customisation a little, not a big deal. Thankfully, the gems needed for these are all over the shop, so you should always be able to buy what you need.

It isn’t about what you wear, it is about how you wear it

Most importantly for a game in this genre, controlling Hat Kid feels great. There are a number of traversal moves at your disposal and due to the control you have in the air, it means jumps can be a little more free form. Adopting a similar technique to Mario in Odyssey, your main form of aerial acrobatics comes from the ability to double jump, dive, and then cancel out of this dive, meaning you can cover large distances without ever touching the ground. The issue here is after playing Odyssey, and being so used to being able change the direction before my dive, with it not being possible in AHIT, lead to plenty of deaths diving head-first into the abyss below. Overall though, it was just a fun time to jump around in these large environments, almost in an Assassin’s Creed like way – parkouring around Mafia Town as the most adorable killing machine. A Hat in Time nails that addictive collectathon gameplay loop which has been established since the early days of Banjo-Kazooie and Mario 64. I wish it wasn’t so novel in 2020, because I love this genre, but I’m happy to have another franchise flying the 3D platformer flag.

This being said, by flying the same flag as those games, it also runs into some of the same pitfalls. The camera is rarely your friend. This is less of a problem in wide open levels such as Mafia Town or the Subcon Forest, however, when the environments start to close in, it makes some section more irritating than they needed to be. This is made all the more frustrating during some platforming sequences, particularly those involving ropes, the camera being pulled so far back meant that I missed when I was trying to land on tightropes. A lot. The platforming is definitely at it’s best in the wide open areas, or the Mario Sunshine inspired Time Rifts – essentially platforming challenges using blocks and minimal thematic presence.

A Laugh in Time

A Hat in Time has a great sense of humour about it, whether it is quirky dialogue choices, or humourous situations – it genuinely got a laugh out of me, not just one of those nostrils flares. The diverse range of characters kept each of their stages interesting, whether it is a legally obsessed ghost or feuding movie directors. This makes it all the more noticeable when these characters are absent for one of the levels, it really dampens the drive to explore the vast levels without that central anchor. When this comedy is there though, and when it lands, it is either cute or funny, just a lovely time. 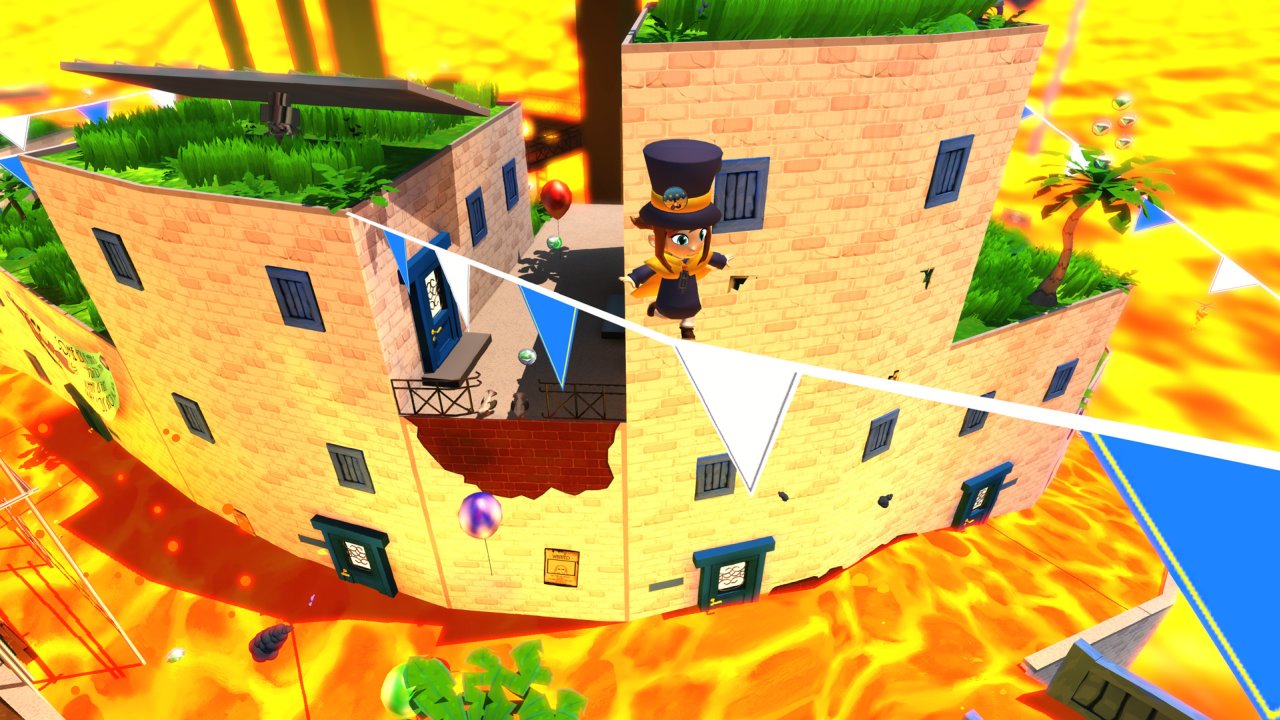 This humour can also be found in the great boss encounters peppered throughout the 8 or so hour campaign. Whether this is something the boss says to initiate a laugh or using the punchline of a joke itself to attack you, it was always fun to go up against these baddies. It reminded me of Undertale in this way, with one boss in particular and you will know it when you get there. This meta humour jived with me, especially in the context of this game.

From a visual standpoint, A Hat in Time isn’t going to win any awards. The visuals often look janky, animations come off as stiff and this is where the lower budget can really be felt. Thankfully, I would much rather the tighter purse strings be felt in the visuals than on the gameplay side. The art direction is what really carries this title. Each of the five locations feels distinct from one another. There is little repetition and this keeps it constantly feeling fresh and the personality of each area is really given the room to shine through. A neat touch which I also loved is the illustrated intro slides for each act, not only are they wonderfully cute, but they frame the next stage perfectly and work great as bookmarks for each chapter. I have included an example of this below, look, I would totally have this on my wall. Props to Jenna Brown for the brilliant work on these: 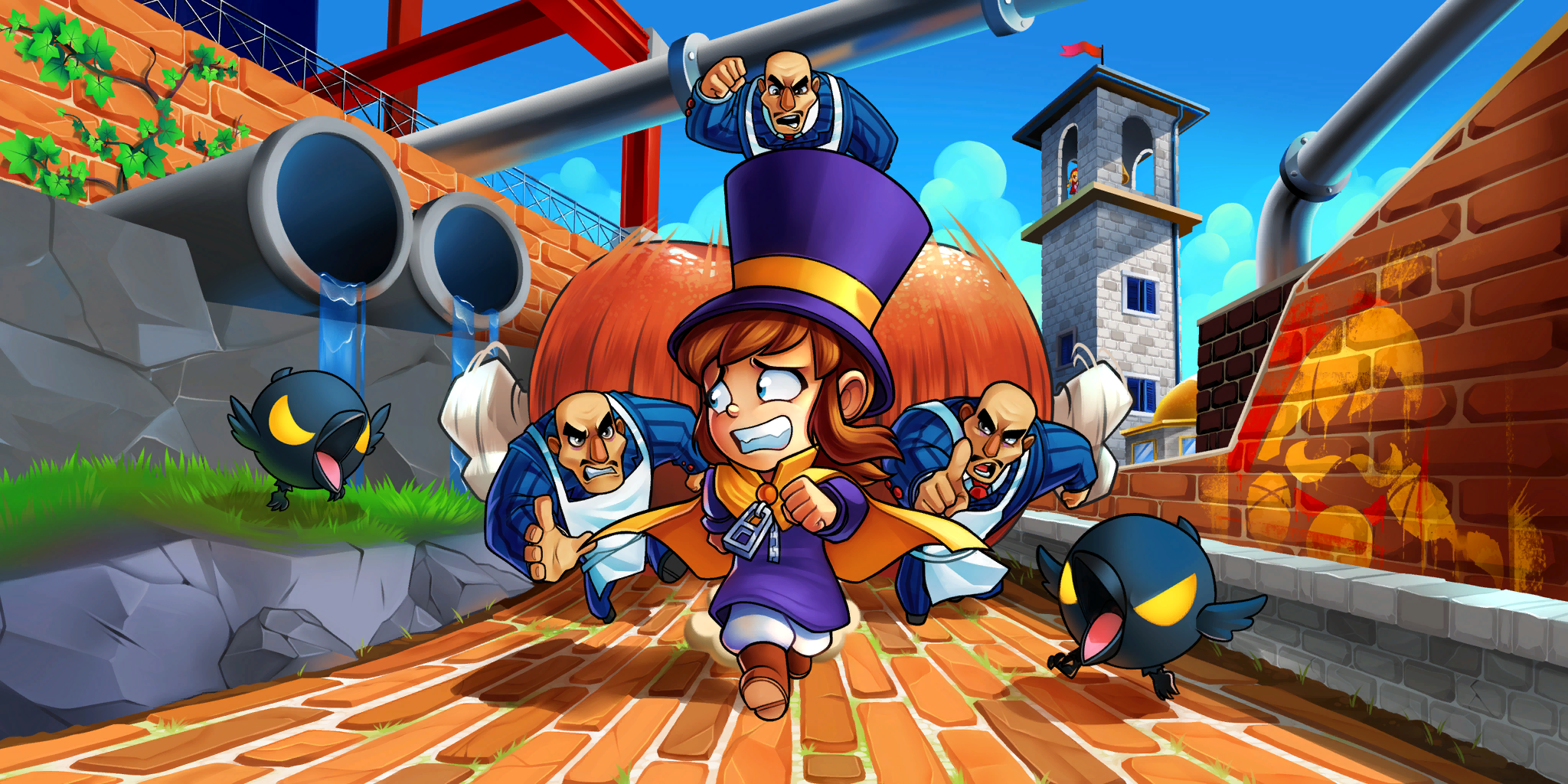 The music is also a catchy good time. It usually mixes perfectly with the environments you are exploring and always feels pretty chilled out. This creates the kind of atmosphere which is a pleasure to explore, the ambient nature of this music never gets too overwhelming. That is until we get to the boss battles, each of which has an appropriately hyped song to accompany it. These are also all found on Spotify, so check out Your Contract Has Expired, it is a banger.

Time to buy or time to pie? (I hate myself)

If you have fond memories of any of the games I have referenced throughout this review, I can say, with confidence, you are going to dig A Hat in Time. Regardless of the numerous rough edges, there is so much heart in here, it is so fun and so damn cute to boot. This is only helped by the fact it has felt like aeons since games of this genre were in the limelight, I’m so happy to see a resurgence. In calling back to these old titles, it does replicate some of the flaws, most notably a wonky camera, but that doesn’t stop it being a fun as heck throwback. 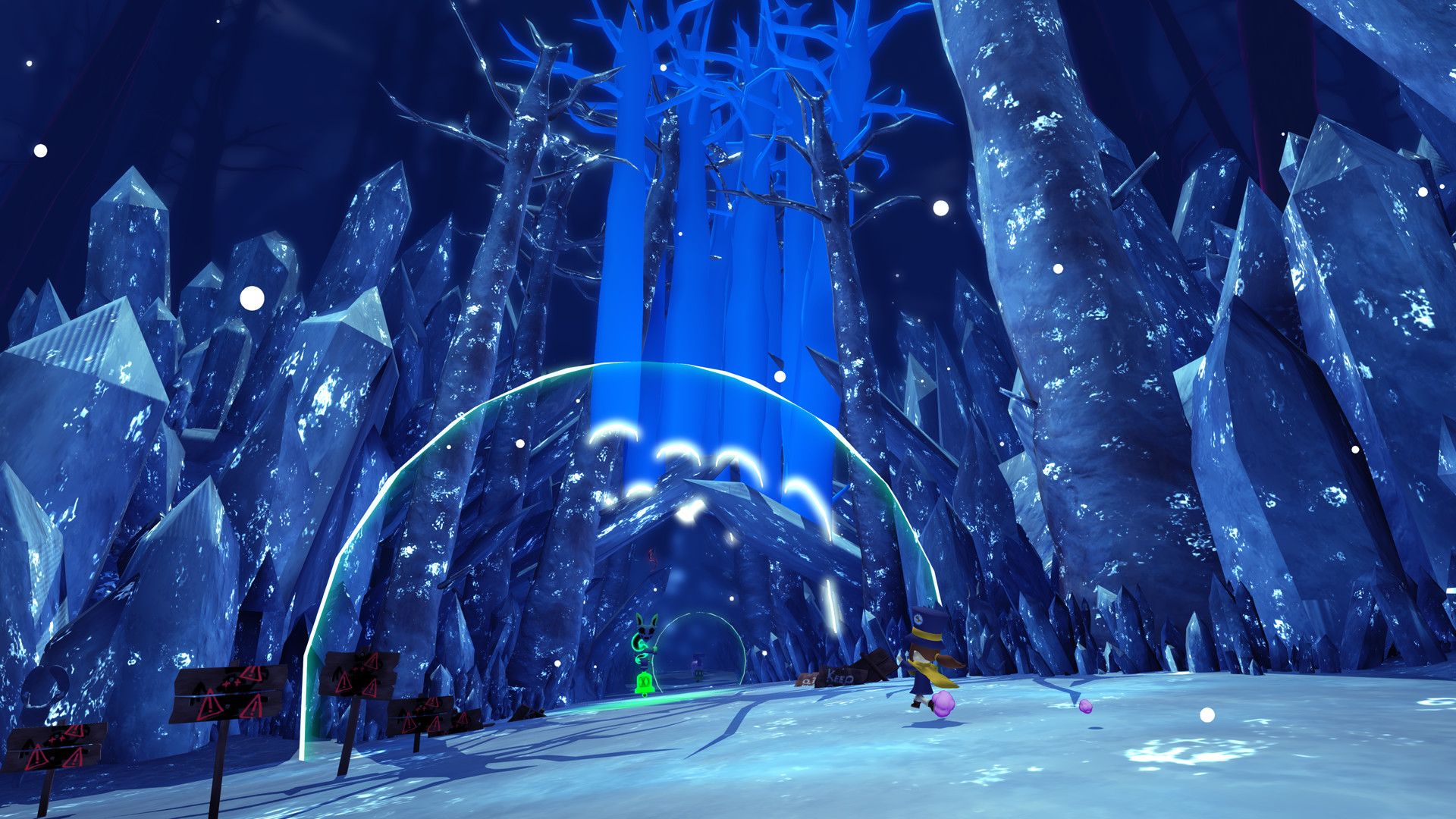 Without being on sale, the price point might seem a little steep, but if you’re wanting something to scratch that platforming itch, there are few other 3D adventures out there quite as charming as this.

Also, I haven’t played the DLC, I’m sure it is just dandy. I will definitely try and pick it up once it comes to consoles.