You ever find those things which everyone loves, and you just don’t get. Well, you get it, but not as much as everyone else, seemingly. I have had that recently with a few games and I wanted to put some thoughts out there. Looking at the final list, I see that many are tough as nails rogue-like games, which invites this kind of criticism by the very nature of the genre. All of these also rank on this list because I just aren’t good at them, simple as that. All I’m saying is, I don’t have as much fun as everyone else does with the titles below and I’m just jealous of everyone else who does. Here we go, in no particular order.

A rouge-like bullet-hell shoot ‘em up, with a great sense of humour and abundance of puns, complete with references to other pop culture? Count me in. Right? Wrong. Bullet hell just apparently is not my bag when it comes to games. I really struggle to keep my cool when playing this game, I’ve seen people be really good, but that just requires some level of laser focus which I simply do not possess. 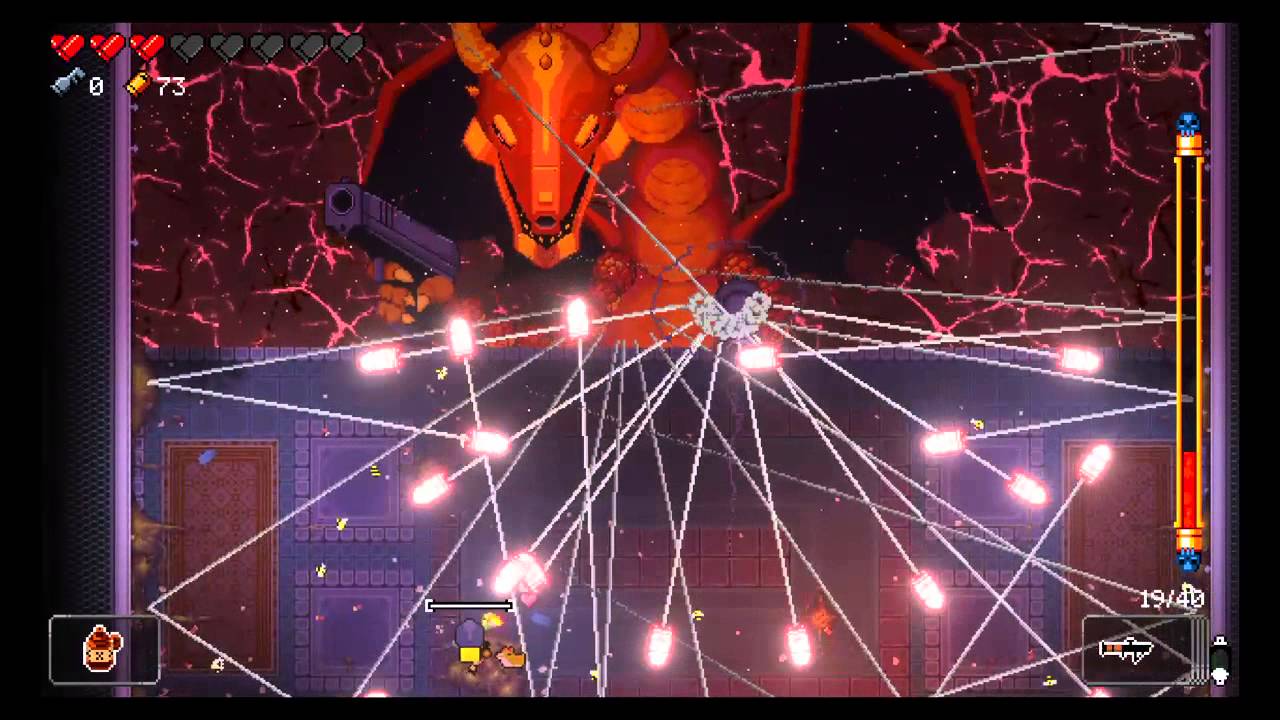 So, not only do I find this hard as balls, each run through the titular Gungeon just seems to take forever, this is something I referenced in my Dead Cells review, but each time can take around 20 minutes to begin building up your synergies and playing around with some of the mechanics which make it fun. This added length just takes away from the fun that I could be having and is another key reason this was a bit of a “misfire” for me. Again, I know it is good. I appreciate that, but I just can’t seem to make this dungeon a “fungeon”.

Space. Pirates. Ghosts. These are like all of my favourite things. So why don’t I get on with Flinthook? I’ve had a long hard think about that, and I have whittled it down to a couple of things it could be.

With all four of the shoulder and trigger buttons performing essential functions, this means that your hands can get all outta whack. Fast. Trying to maintain that kind of grip just isn’t something I’m used to, and it actually makes extended play sessions uncomfortable. Couple this with the fact that movement and aiming is done with the left stick and it can make getting around in Flinthook a little finnicky. I was trying to think of ways to solve this and I think maybe changing the L1 button to be jump and allowing for aiming with the right stick might help resolve the issue. Maybe. What do you think?

Secondly, each level is incredibly lengthy, with multiple, long levels before reaching the boss. Each of your trinkets acquired can be ripped away in an instant if you aren’t careful, and they will be. I think if these were maybe one stage shorter each, it’d be much easier for me to forgive, but Captain Goldfeathers keeps kicking my ass and I don’t know what to do about it. Yes, he is only the second boss. Shut up. 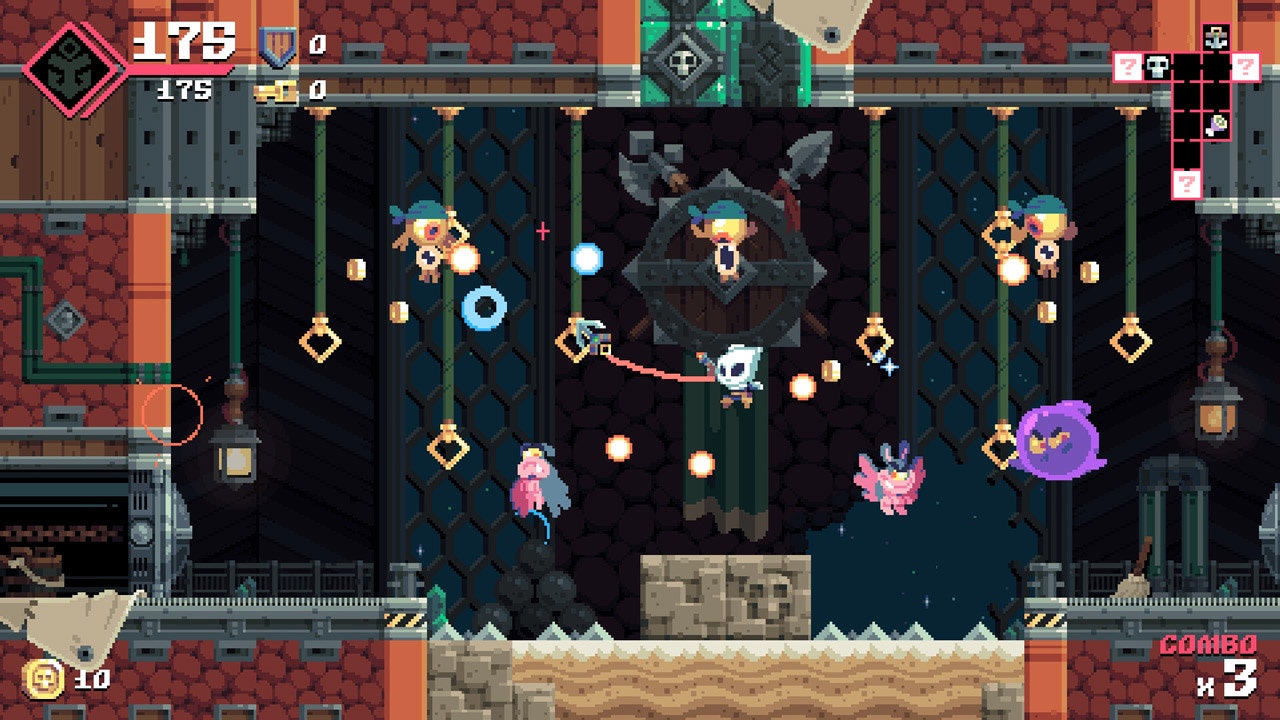 This does, like everything else on this list, boils down to me just not being very good at the game and struggling to find the fun. Everyone likes this game quite a lot, that much is clear, and I envy those who can have fun with it, but I just have a hard time.

Crypt of the Necrodancer 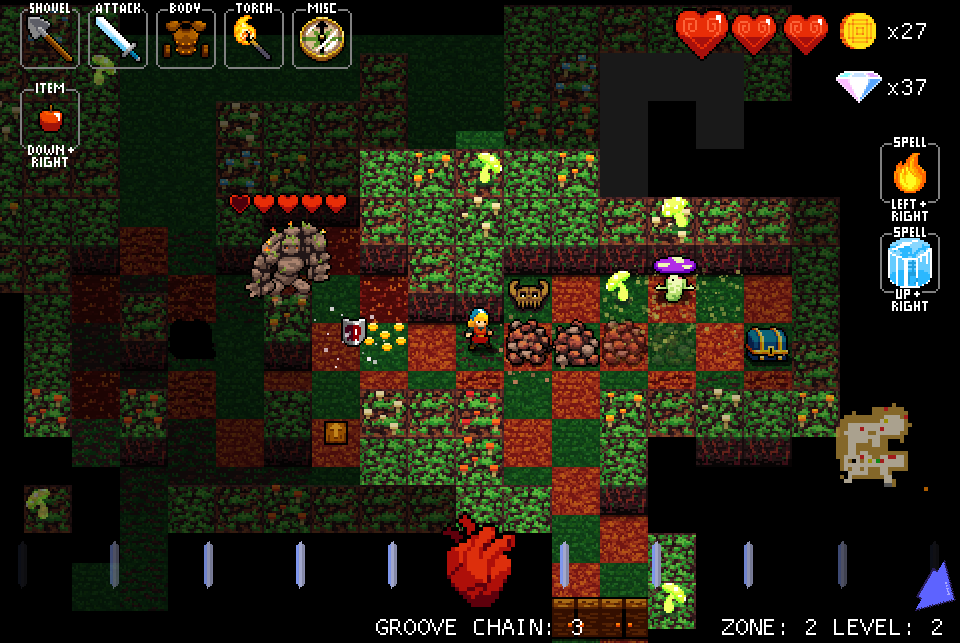 I want to enjoy this so badly; the whole premise is so figgin’ awesome. It is a rhythm-based dungeon crawler. I like music and dungeons as much as the next guy but dang if my sense of rhythm isn’t totally botched. I understand the entire concept, the dancing around, all character actions happening on the beat, a grid-based movement system, it all makes sense on paper. My stupid human hands just can’t perform the right actions, and when it goes wrong, I freak out, and then it goes really wrong. 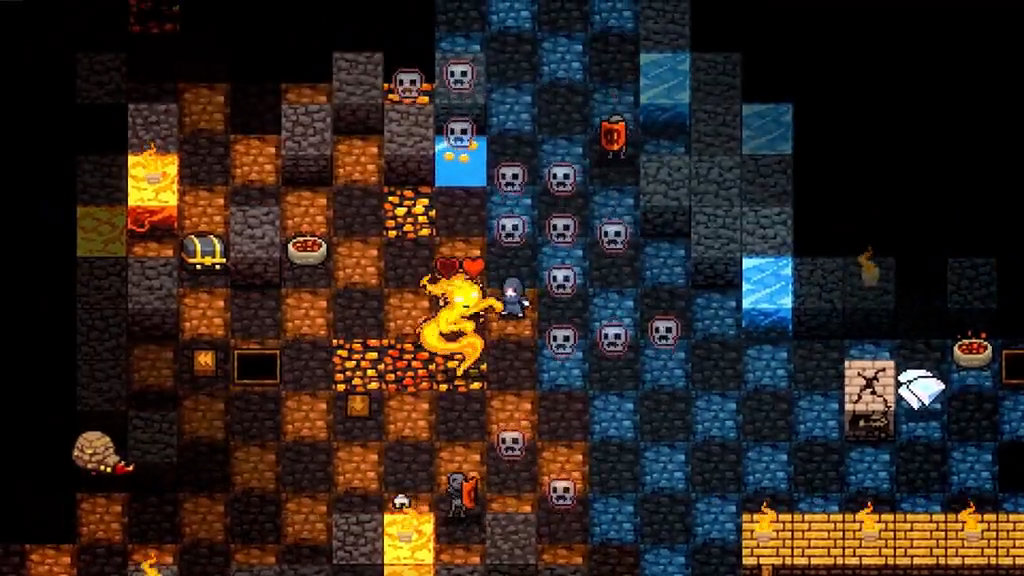 I have nothing but respect for the team at Brace Yourself Games and the partnership with Nintendo and Zelda is a truly remarkable achievement, but I just have a really hard time playing your games. That’s goes for Cadence of Hyrule too. I know Zelda songs, like really know them, but I still can’t function on the beat. This leads to my character stumbling around like a moron, totally out of sync and come to think about it, a lot like me when I’ve had a few too many IPAs.

What on Earth are the guys and girls who play this hooked up to? My inability to ‘dig’ CS:GO is simply down to my late 20s brain not firing the synapses as quick as those presumably fresh-faced terrorists. Everyone is just so good and incredibly efficient at murdering me with military precision. Whenever I try to play this, I honestly just feel bad for letting the team down. Not only am I a burden to them, I never have any money to buy cool guns and stuff, so why do I even try? I’ve watched some of the pro events and it just blows my mind entirely, I shouldn’t have to be that good to be able to have a fun time with your game. Additionally, the whole skin-economy which rose to popularity a fair few years ago now boggles my mind too. This again speaks to the quality and mechanical tightness of the overall product, if players are willing to drop hundreds of their own money on these cosmetic bonuses, they must be doing something right. It makes me more annoyed than anything, where are they getting all this disposable income? Who are they? Why am I still buying Malted Wheats instead of Shreddies and they can spend money on all that junk?

Fifa (Any of Them, Literally Any Single One)

I have been to university; I have seen what this game can do to people. The screams, cries and shrieks that erupt from the bodies of grown men is honestly haunting. I wish I could get that into it. It’s simple enough, I just suck at Fifa. I wish that wasn’t the case, it may just be that I literally have no idea about football to begin with.

The production value is through the roof and the licensed music library is among some of the best in the business. All this talk about physics engines and using Frostbite is all well and good but I am just so terrible at the game that I can’t even begin to appreciate it.

When playing with my friends it gets to the point where it can be upwards of 6-nill and I just want to put the controller down and crack open a Tyskie (Polish lager that is actually quite tasty considering you can pick it up for less than a quid a can). It makes both the act of playing with me and me playing an absolute chore, with many people unsure whether to mock me or feel sorry for me and let me score a pity goal. It isn’t like my friends are the best Fifa players in the world, I even struggle against the computer in the career mode, regardless of difficulty.

I love Fifa for what it does to my friends, the way that it cranks up the hype during pre-drinks, but whenever we boot it up, I just always wish we were playing something else. Something like Rocket League, at least that evens the playing field a little. I am still the worst driver/player, but that skill gap is reduced significantly.

Writing this has just made me realise that I suck at games and I’m actually quite old, with the reaction time of an elderly person enveloped in honey. No wonder I don’t get Fortnite, I should just stick to what I know, what works for me. Where is my PS2? I fancy playing some Crazy Taxi.